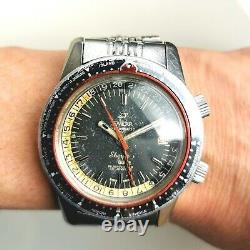 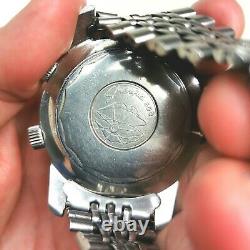 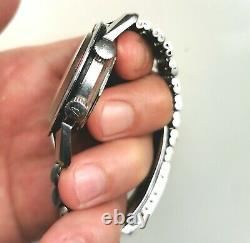 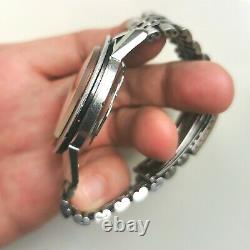 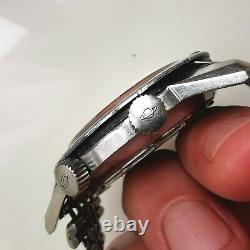 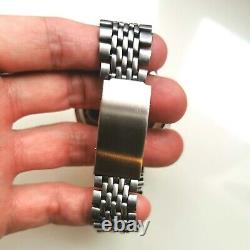 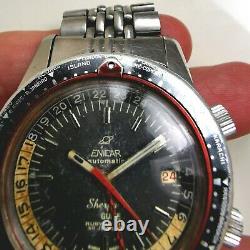 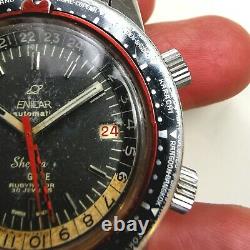 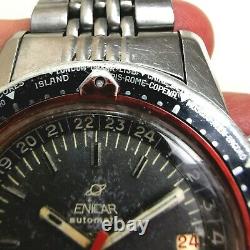 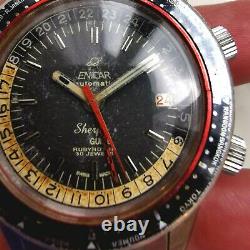 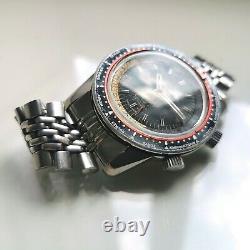 This was only the second time in history that the mountain, once thought unconquerable, was conquered. Moreover, it was a first for the Swiss, mighty alpine explorers who had left no peak in their native land untouched. Additionally, this marked the first time that climbers of any nationality had summited Lhotse, the fourth-highest mountain in the world.

The Sherpas who accompanied them-leading them to the summit and digging out tents that had been covered in overnight snowfall-carried over over ten tons of supplies and equipment. Since the expedition received media attention, naturally the world was curious about what was included. Upon their return, the Bally reindeer boots that they wore, along with the Ovomaltine they drank, became desirable. And the Enicar watches that they wore were renamed "Sherpa" after their intrepid guides.

The name conjured images of a desolate wilderness surmounted by snow-capped peaks, but also the redoubtable and courageous men who made that wilderness their home-all perfect qualities for a watch. Over the next decade, Enicar would release over 100 different varieties of Sherpa watches for all sports, not just the mountaineers who made them famous. The Sherpa dive watches, in particular, became some of the most attractive to consumers.

So Enicar adapted the sturdy steel cases-capped with rotating bezels-for less aquatic pursuits. Like SCUBA diving, jet travel was on the rise, and watch brands raced against each other to create pilot's watches that marked time in more than one time zone. However, it's the later dual-crown models known as the Sherpa Guide GMT that would become the most popular.

The Sherpa Guide 600 GMT was released in the early 1960s, and went through three different variations throughout the 1960s. The watch that we offer here is an example of the third variation, Mark III, dating from the late 1960s, which is notable for its thin triangular-shaped seconds hand (here a vibrant red).

A beefy tool watch, the Sherpa Guide 600 incorporates date, GMT and 24-hour timing functions that, when used in conjunction with the world-time bezel, enabled the wearer to calculate the time in major cities across the world. Though complex in looks, the Enicar Sherpa Guide is fairly simple to use.

Suppose you're in London and it's 2PM and you would like to know the time in San Francisco. First, convert the local time to 24-hour time, making it 1400. Next, rotate the outer world-time bezel so that London (denoted on this bezel as GMT) lines up with the 14 on the inner bezel. Now, locate Los Angeles on the bezel and read the 24-hour time that lines up with it on the inner bezel, and voilà!

In addition to the world-time functionality, the Sherpa Guide has a standard GMT complication which, when used with the two tone inner rotating bezel operated by the upper crown, allows the wearer to easily keep track of two time zones simultaneously. Colorful and a touch crazy, this Sherpa Guide is exactly what we love about vintage watches. Functionality and playful looks are rolled up into a package that was designed for rugged every-day wear. A sort of time capsule, where the contemporary cities of Yangon and Mumbai appear as their defunct names-Rangoon and Bombay respectively-make it a charming, wearable reminder of the past. This 43mm oversized, complicated Vintage Enicar is super cool to behold, and its extended 22mm lugs make it a great wear for those with wrists on the larger side.

The colors on the dial and the checked GMT hand are vibrant and well preserved for its age since 1960s, although some of the colors present on the world-time bezel have faded over the intervening decades. Both crowns are signed with the Enicar Saturn logo, and have the appropriate hashmark decoration seen on other Super-Compressors. The original case and case back has likely been polished before, and the original bracelet exhibits some light stretch consistent with use. Watch runs but accuracy has not been checked.

A service is definitely recommended. Follow me as I list more lots of vintage Rolex parts from the watchmaker's Estate. THE "FINE PRINT" - Please Read. All pictures are of the actual watch or parts listed for sale.

Again pictures provided form part of the description. Or any other Rolex worldwide subsidiary. This item is in the category "Jewelry & Watches\Watches, Parts & Accessories\Watches\Wristwatches". The seller is "sinfini" and is located in this country: SG. This item can be shipped worldwide.